Magento is an open source e-commerce platform. An e-commerce platform like Magento allows a business to setup a website selling products to customers online, while providing an administrative interface where the business can manage their products, customers, orders among other things.

Magento was first released in 2008 and since then it’s grown to become the most popular e-commerce platform today (30% market share in May 2015) and is now powering over 200,000 online stores.

Some e-commerce platforms are hosted, that is, they are tied to the hosting of the company. Setting up an e-commerce site with them is alike to renting a service; your e-commerce site is tied to their system. This has an advantage in that it is very easy to set up and get started, but the downside is that you don’t truly own your own site and become reliant on the provider.

Magento, on the other hand, is self-hosted, which means have your own copy of the site. The downside is that it is up to you (or your developer) to find a hosting provider to set up the platform on. The advantage though is that you completely own the site, can do any modifications you wish, and can move it to another hosting provider at any time.

Features for international support is built right into the platform. Support for multiple languages, multiple currencies, tax configuration and VAT are a standard part of the system and easily set up and configured from the administration panel.

Magento allows the owner to switch the theme (look) of the site without changing any functionality. Multiple “front stores”, which can be switched between by the customer and is often used to provide different language versions of the site, is built right into the platform.

A powerful feature of Magento is that it can run several websites outwards while sharing the same products and customers among the websites, all managed from the same administration interface.

Magento itself is an open source platform, built upon open source frameworks and programming languages. This gives it the benefits of outside scrutiny into the source with the result of improved design and security, and at the same time making it more accessible for outside developers.

Because of its flexible modular architecture at its core, Magento was built to be extended. In fact, much of the core functionality of Magento are module extensions themselves built by the Magento team. This allows for an astonishing level of customization, even allowing modification of the core functionality. This level of extendability and customization sets Magento apart from other e-commerce platforms and is one of the biggest reasons for its success.

Extensions allow the developer or business owner to add specific functionality to the store that is not a standard part of the platform, without having to develop that feature themselves, often saving time and money.

As mentioned earlier, because of Magento’s modular architecture, extensions can modify any part of the platform allowing features that change it at its core, making extensions possible such as Reward Points that adds reward points to customer when buying products which can then be used for discounts at checkout.

Magento requires a decent hosting server to run well; this is a consequence of Magento’s feature rich and extendable architecture. Shared hosting is not recommended, so there may be extra cost involved in setting up a dedicated server.

As mentioned earlier, the community edition which we have discussed so far is free and comes with more features than any other e-commerce platform. In the case of a site that does not require many additional features, this option can be very affordable.

Where it can become costly is when features outside of Magento’s standard palette is required because of the time and skill required to develop them. Third-party extensions are often used to extend Magento and common price range is 50 – 200 USD per extension. Compared with developing the functionality yourself this is often a great cost saving.

A quick word on Magento Enterprise Edition. This is the non-free edition of Magento, costing around 15,000 USD per year. Most suitable for very large clients, it offers additional features such as increased security, performance, functionality such as in-store credit, gift cards, ERP integration, among many others. Finally, with Enterprise Edition you get access to full around the clock professional support from Magento through phone and email.

Magento offers a complete e-commerce platform solution. The free community edition is more than powerful enough for small to medium sized businesses, and often for large businesses as well. Where the standard features are not enough, it offers third-party extensions to expand the already feature rich platform, and Magento’s modular architecture allows skilled developers to extend and customize the platform to the business’s needs.

As Magento is currently the most powerful and popular e-commerce platform and is still growing and being developed according to the best industry standards, as well as having a growing third-party extension market, we can be certain to have a secure, up to date and well-supported platform for years or even decades to come. 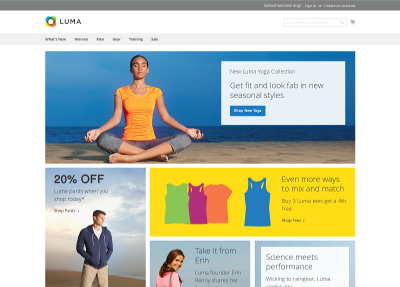 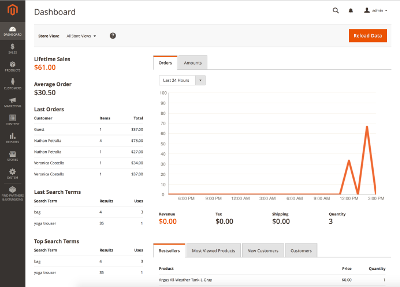 Get Started on a Project
© Copyright 2016 Webbit I.T. Consultant Co. ALL RIGHTS RESERVED.